During the ups and downs of the political condition of Afghanistan, due to constant wars between the rulers of Ghazni and the Ghauri dynasties (548-584 A.H.), Hazrat Sheikh Shuaib, with his son Hazrat Jamaluddin Suleman (father of Hazrat Baba Fariduddin), was reported to have migrated from Kabul to Lahore whence he went to Kasur and, later on, to Multan and then finally settled down in Khotwal or Kenhiwsi (a village near Multan) which, at present, is known by the name of Chawli-Mashaikh.

Hazrat Jamaluddin Suleman married Bibi Qursum Khatoon who was the daughter of Maulana Wajihuddin Khijwandi, a very learned and pious gentleman, who was one of the descendants of Hazrat Abbas-bin-Abdul Muttallib and who had also migrated from Kabul to India and had settled down in a village called Kot-Kiror in the vicinity of Multan.

Bibi Qursum was a very pious lady. Hazrat Nizamuddin Aulia reports that one night a thief entered her house. The Bibi Qursum was awake and as she cast a glance over the thief, he at once lost his eyesight and started wailing. Ultimately he prayed; “If Bibi Qursum would restore my eyesight, I pledge, I shall give up stealing forever.” Bibi Qursum felt pity upon him and prayed for the restoration of his eyesight and, by the grace of God, the thief’s sight was restored. He fell apologetically at the feet of Bibi Qursum in grateful submission. Next morning he and his whole family embraced Islam. He was given the Islamic name of Abdulla with the title of “Chawli-Mashaikh” which became the second popular name of village Khotwal. Hazrat Khwaja Shuaib, his son Khwaja Jamaluddin and Bibi Qursum Khatoon, all died in Khotwal and their ‘muzaars’ (tombs) stand there up to this day.

Hazrat Jamaluddin and Bibi Qursum bore 3 sons and one daughter:

He was born on the night of 29th Shaabaan in 569 A.H. in Khotwal. There are different versions about his date of birth but, by consensus of opinion. 569 A.H. is taken to be the correct date. Two miracles surrounded his birth indicating that Hazrat Baba Fariduddin was indeed a born ‘wali’.

One day, during her pregnancy period, Hazrat Baba Farid’s mother wanted to pluck some plums from her neighbour’s tree without his permission. However, the child in her womb (Hazrat Baba Farid) created a severe pain in her stomach that forced her to abandon this idea. A few years after Baba Farid’s birth, his mother one day expressed: “My dear son, during your confinement I have never eaten anything which was unlawful,” Baba Farid however smiled and said: “But, dear mother, you wanted to pluck some plums from our neighbour’s tree without his permission when I had created a severe pain in your stomach which saved you from that unlawful act”, and on that note, he ran out of the house to play while his mother stood wonder-struck. She felt that the child would some day be a great saint.

Another miracle narrates that as stated above, Baba Farid was born on the night falling between the 29th of Shaabaan and 1st of Ramadan. Owing to cloudy weather on the evening of 29th, people could not see the moon to determine the beginning of the Ramadan month according to Islamic calendar, and were in a state of uncertainty as to whether they should or should not commence fasting from the next morning. They approached Hazrat Jamaluddin Suleman, father of Baba Farid, for a ‘Fatwa’ on this matter. He said: “If there was any doubt about the appearance of moon, then the commencement of fasting would be against the ‘Shariat’. In the meantime, a dervish appeared on the scene and, on being questioned about his opinion in this matter, he said:

“Why worry and remain in doubt? A child is to be born in the house ofHazratJamaluddin tonight who would be the ‘Qutub’ (spiritual monarch) of his time. If the child did not take its mother’s milk tonight you should think that the moon has appeared and theRamdanmonth will start from tomorrow.”

Thus, early in the morning at the time of ‘sehri’ (between 4 and 5 A.M.) people made anxious enquiries at Hazrat Jamaluddin’s house about the dervish’s prophesy and were surprised to learn that the newly born child had not taken his mother’s milk after midnight. With this corroboration, people started fasting. Later on, in the day, news came from Multan and other places that moon had appeared and the month of Ramdan had begun from that very day. Throughout the month of Ramdan, Baba Farid did not touch his mother’s milk during the day until the time of ‘Iftaar’. 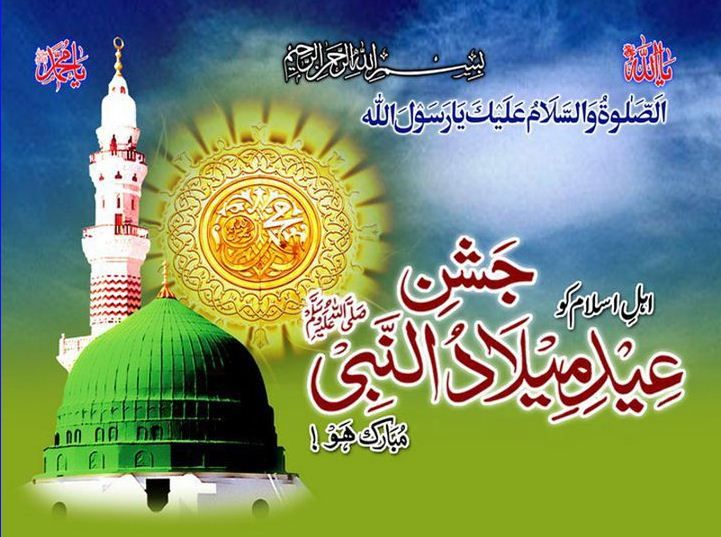