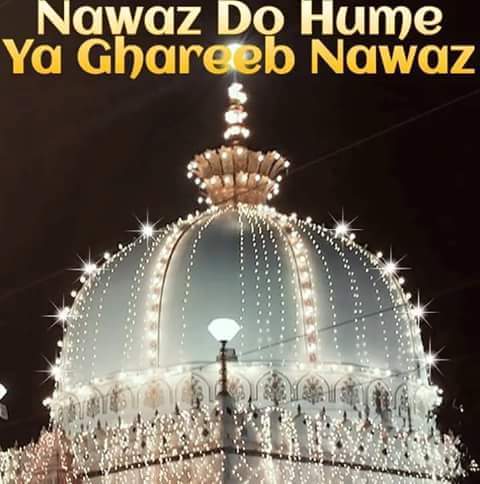 His title was Waliyud Deen or Naasihud Deen. He was a born wali. During his mother’s pregnancy, the sound of Thikrullah could be heard from her body. He was a Syed, being a descendent of Hazrat Hasan Ibne Ali (A.S). He was born in Muharram 331 Hijri. At the time of birth he recited the Kalimah seven times. Even while being breast-fed, he engaged in Thikrullah. In infancy he would raise his eyes upwards to the heavens at the five Salaat times and recite the Kalimah in abundance. When a non-Muslim would come to witness this phenomenon, he would accept Islam. His father had gained the mantle of khilaafate from Khwaja Abu Ahmad.

At the age of 7 he became bay’t and until the age of 12 he lived alone in a room. Every day he fasted. He practiced mujaahadah excessively.
Once at the river bank while he was patching his shawl, the king arrived and gave him a bag full of dinars (gold coins) which Hazrat refused to accept. When the king insisted that he accepts the gift, Hazratt said that accepting gifts was not the way of his seniors, hence he too would not accept. When the king persisted, Hazrat Muhammad turned his gaze to the river and immediately shoals of fish surfaced, each holding a dinar in its mouth. The fish swam towards the river bank where Hazrat was. Hazrat Shaikh said:
“When a man has at his disposal such a vast treasure, what value will he attach to your bag?”
Khwaja Abu Muhammad’s sister too was extremely pious. She was perpetually engrossed in the remembrance of Allah Ta’ala, hence she had no inclination for marriage. Once Khwaja Abu Muhammad said to her:
“Sister, it has been decreed that a son will be born to you. This son will be the Qutbul Aqtaab. Therefore do get married.”
But because of her engrossment in thikrullah, she refused. After a few days she saw in a dream her father giving her the same instruction. Muhammad Sam’an with whom her nikah was destined also saw a similar dream. Even Khwaja Abu Muhammad saw this dream. Finally, the nikah was performed in the morning. Khwaja Abu Yusuf who is the Khalifah of Shaikh Abu Muhammad was born of this union.
At the age of 70 years he was divinely inspired to join Sultan Mahmْood Ghaznawi in the Jihaad against Somnath (in India). Taking a few Mureedeen with, he joined in the battle field.
His Demise
Hazrat Shaikh passed away on the 4th Rabiul Awwal or in the beginning of Rajab in the year 411 Hijri at the age of 80. His grave is in Chishty.
Khwajah Abu Yusuf, Khwaja Muhammad Kaku and Khwaja Ustad Marwan were his khulafaa.